I was once a Windows Mobile 6.5 guy. Yeah, it was a dark time. I’d rather not talk about it.

I was saved from an app-less existence by a mid-level Android: the LG Optimus V. The specs on that are pretty hilarious in retrospect and give me the same feeling I get when I look back at my first PCs: how did I do anything with that little power? It was a decent intro to smartphones, however, especially after I flashed aftermarket custom Android images on it.

But that same year, I got an iPad 2. And two ecosystems was annoying. So I jumped on a chance to take my sister’s hand-me-down iPhone 3GS while living through the bar-results-are-pending-so-you’re-unemployed period of my life. And I hated it. The OS was too locked down: I couldn’t pick which PDF reader to use. Or which software keyboard to use. I wanted Swype back, damn it! And Google Voice didn’t work without jailbreaking! Argh! So I went back to Android once I got a job: the iPhone and iPad went to craigslist and I purchased a Nexus 4.

I’ve had four phones since then, and all were Android. Until a few weeks ago. And my God, iOS is so much better now.

The appeal of the Nexus phones was simple: timely updates direct from Google and a reasonable price. Last year, the reasonable price bit was dropped. And it got worse this year with the Pixel (Google’s high-end iPhone competitor that replaced the Nexus line entirely). I have dabbled in third-party Androids, but I hate the idea of not getting security and software updates for my phone, and nearly all Android manufacturers are notorious for abandoning their phones after one or two updates (if you are lucky). The Nexii at least were updated for a few years, and even after that, third-party developers would band together and build their own updates if Google stopped supporting a device.

I wanted a new phone last week, which left me with a choice: spend $400 for last year’s Nexus or, thanks to a sale, spend under $200 for last year’s iPhone 6S. I chose the latter, as I figured an iPhone would be easier to resell if I hated it. Plus, my Nexus 5X is really a disappointing turd — it feels plasticy, it can’t handle running Google Maps while doing anything else (though that one may just be a software issue on my individual phone), and I’m kind of bored with Android. Geekery demands new gadgets.

When I last had an iPhone: 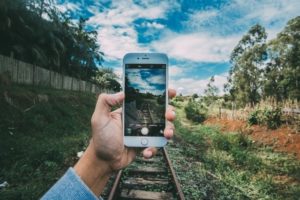 I purchased an iPad Mini 2 last year, so the OS’s visual overhaul wasn’t too disturbing. But a phone is a far trickier interface to master: the keyboard is everything, and being able to use Swiftkey, Swype, Gboard, or some other alternative is invaluable. Right now, I’m loving Swiftkey, which supposedly uses A.I. to enhance its corrections and suggestions.

Also, force touch is surprisingly nifty: hard pressing on a tweet in Twitter pops that out in a temporary pop-up. Same with texts. Certain apps on the home screen will pop-up quick task shortcuts. It’s like a slightly better long-press gesture or right click on a computer.

My last phone didn’t have Siri. My iPad and MacBook Air (both of which were set to be jettisoned before I got the iPhone, but will now stick around for a bit longer) both have Siri,  but she’s kind of a dipshit. She’s not any better on my phone — she is significantly worse at recognizing anything I say than Google Now or Cortana are. But she can get my most important tasks done if I speak like I’m talking to an elderly deaf person — slow and loud.

So, is it a long-term relationship or just temporary gadget lust? Who knows. All I know is, my Nexus 5x is going in a drawer for a while. We’ll see if I get OS ADD after that and try something really nuts, like a Windows 10 Phone.